Between a capital crunch, a vaping controversy and now the coronavirus shutdowns, the cannabis industry is at a juncture that could reshape its property market. 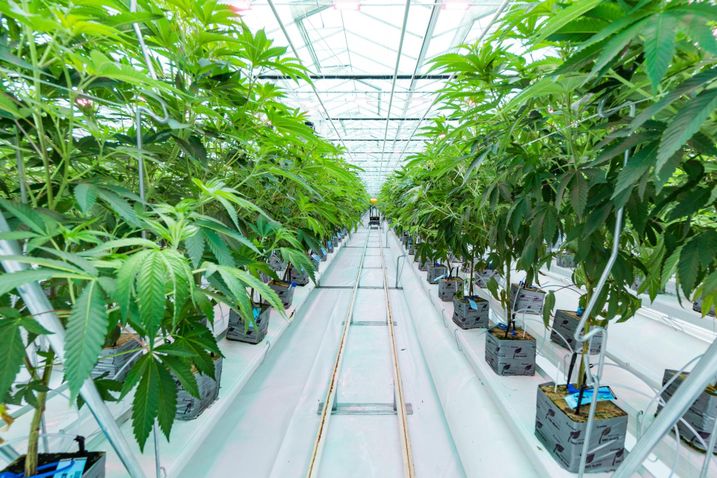 A greenhouse operated by Nevada-based Flower One.

Before both “vapegate” and the economic slowdown, the recent series of troubles for cannabis began when valuations entered a steep descent, making capital availability a serious issue. Now, the totality of challenges is “crystallizing a distinction between the haves and have nots,” according to Richard Acosta, CEO of Inception REIT, a net lease cannabis real estate investment trust.

At first, shelter-in-place mandates imposed in various regions of the country seemed like a boon to cannabis sales, but dwindling sales since indicate differently. Sales over the last three weeks are “between 15% to 20% below normal sales volume,” said Roy Bingham, CEO of BDS Analytics, a cannabis industry data company.

Add to that the cannabis industry’s exclusion from the $2 trillion stimulus, and the stakes of retail and cultivation tenants’ negotiations with landlords are at an all-time high, even in states like California that have deemed it essential business.

“There are going to be a lot of landlords wrestling with how they handle this situation,” Jeff Zucker, president of Denver-based investment and consultant firm Green Lion Partners, told Bisnow.

“There’s going to be dispensary tenants, cultivator tenants that struggle to pay their rent, but it’s important for landlords to be patient with the operators and give them an opportunity to make up the shortcomings.”

Green Lion is largely focused on ancillary cannabis companies, like those offering software, services and devices to cannabis operators, but many are barred from relief to the surprise of Zucker and others.

“It was a real surprise and kick in the gut to see that ancillary companies — companies that aren’t cannabis-specific that happen to do some work with cannabis companies — are being excluded as well,” Zucker said 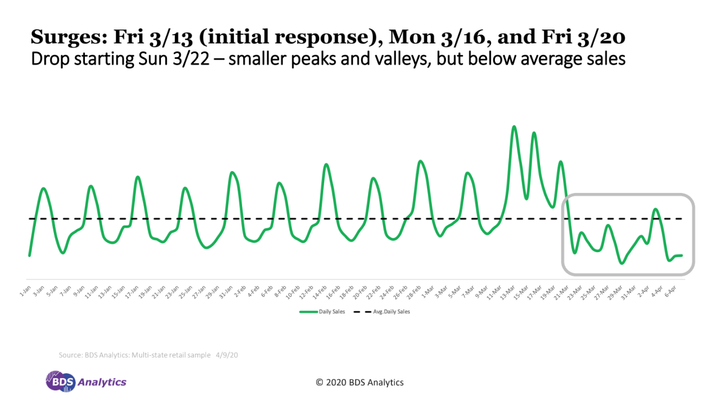 Cannabis sales from the beginning of the year to April 6.

While many cannabis companies face trying times, some in the industry see the depth of the economic slowdown as an accelerant to trends already underway. It could even be to the long-term benefit of property owners and cannabis enterprises that invested shrewdly, and could force the hands of state, local and federal legislators.

On the legislative end, Southern California Coalition Executive Director Adam Spiker, a cannabis industry advocate, said reform is crucial, now more than ever, and that it must start with state taxes. In California, cannabis is taxed at an effective rate of over 40%. In a recession, when buyers become more price-conscious, that will make legal cannabis even less competitive than the already robust illicit market, Spiker said.

“Show me one other regulated industry that has this environment where 70% to 80% of their competition is illegal,” he said.

The issue also extends to local taxes and zoning as well, Ostrowitz pointed out. She said some cities are already realizing their taxes and zoning were untenable, mentioning Banning, California, where taxes started at $15 per SF of canopy space 10% on gross receipts, as one local government looking to adjust this month.

A market correction of landlords’ outsized leverage over cannabis tenants is also probably due, according to both Spiker and Ostrowitz. Spiker said he has seen rents of up to double market rate for other industries and deals where landlords take a percentage of profits.

“Landlords are going to have to get a little more realistic with their tenants and come up with more reasonable rates,” Ostrowitz said. “Commercial real estate landlords will still be able to charge a premium above a normal commercial tenant, but there’s got to be something that is above a commercial tenant and below what they’re currently charging.”

At risk of getting burned this year are landlords that didn’t appreciate the risk of some of their investments the last couple of years, according to Inception REIT’s Acosta, who likens his company’s position to “the intersection of cannabis and real estate.”

“To really invest in the space prudently, you have to understand both equally well,” he said. 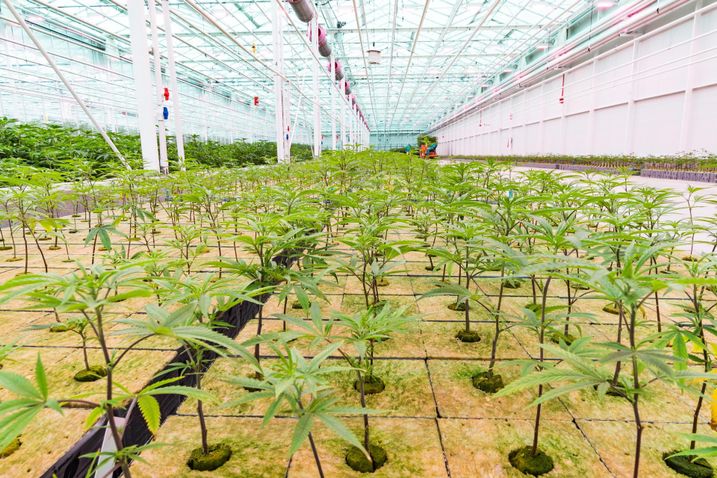 A greenhouse used by Flower One

“A mistake that I continue to see are real estate investors attracted by the double-digit cap rates making a bet on what they think is a cool brand or entrepreneur and not quite having the expertise to analyze financials and operational know-how,” Acosta said.

Operators most able to weather the storm will have a newfound advantage, according to Kellen O’Keefe, chief strategy officer of Flower One, a publicly traded cultivator based in Nevada.

“This is something that I believe will benefit cannabis operators as they are given a chance to renegotiate some of these transactions and lease payments that were very aggressive and burdensome,” O’Keefe said.

Aside from statewide reform becoming more likely in places like California, O’Keefe and others said they are hopeful that the cannabis industry being deemed essential in a handful of states makes federal legalization more likely.

“I like to believe that cannabis being deemed an essential business is going to shed some light on how ridiculous and unjust it is that cannabis still finds itself in the position it’s in relative to federal legality and access to banking,” O’Keefe said.

For now, California’s cannabis landlords and operators alike can at least breathe sighs of relief the industry received an essential business label, Ostrowitz said. In Massachusetts, a state where only medical-marijuana dispensaries are allowed to stay open, adult-use marijuana retailers are losing out on about $2M in sales per day, Marijuana Business Daily reports.