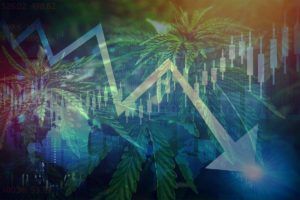 The economic downturn stemming from the COVID-19 crisis is going to leave government officials at all levels scrambling for fiscal stimulation nearly anywhere they can find it to offset lost tax revenues and jobs.

As a consequence, some in the California cannabis industry see a window to expand marijuana businesses’ footprints around the state.

“A lot of the cities … are concerned about revenue streams when we come out of this pandemic. We know unemployment is going to be sky-high,” noted Daniel Yi, chief communications officer at Shryne Group, a large vertically integrated California marijuana company.

“We hear in offline conversations that this is something cities are going to be looking at very, very strongly. There’s going to be no other industry that’s really growing after this.”

A big part of the California cannabis industry’s woes since the legal adult-use market launched in 2018 has revolved around the fact that roughly two-thirds of the state remains off-limits to marijuana companies.

That’s because city or county officials have enacted bans that prohibit them from setting up shop within their borders.

As of February 2020, only 180 of California’s 482 municipalities and 29 of the 58 counties allowed some type of legal marijuana company to locate within their borders, according to data from CannaRegs. State law requires local approval before any marijuana business can operate legally.

But the coronavirus pandemic could change some minds in many of those localities, according to Yi and some other cannabis industry watchers.

In part, that’s because the cannabis industry was deemed “essential” by the state of California and has therefore fared relatively well compared to many other industries – such as restaurants, hotels and tourism-related companies – which had to shutter temporarily because of the virus.

This week, news broke that the city councils in Anaheim – home to Disneyland – and Milpitas – a neighbor of San Jose and the Silicon Valley – are revisiting the option to license marijuana companies.

In Anaheim, the City Council is poised to take up the matter at its May 12 meeting, and several council members have already speculated on the benefits of allowing marijuana companies to operate legally in their jurisdiction, the Orange County Register reported.

And in Milpitas, the City Council is debating whether to put the question to voters in November as a local cannabis sales tax initiative, The Mercury News reported.

Both cities currently have marijuana business bans on their books, so a reversal could provide new business opportunities for cannabis entrepreneurs.

Such a movement could grow over time, as the economic downturn grows and more local governments begin to seek out ways to rebuild their hurting local economies, several cannabis industry insiders predicted.

Where else could open?

Longtime industry operative Sean Donahoe, who’s been talking with a wide array of local officials, said the cities of Chico, Concord and Fresno also are on his radar because they’ve already been leaning slowly toward opening their borders to the industry.

“Those are a couple hundred thousand people in Chico and Concord and Fresno and Anaheim. Those are significant-sized cities.”

Dustin Moore, a principal at Sacramento-based Axiom Advisors, said he believes movement might occur on the pro-cannabis-licensing front in many other cities as well, including Tracy in the central valley; Oxnard to the north of Los Angeles; Pomona and Corona to the east of L.A.; and some San Diego suburbs such as Imperial Beach.

“It’s really in pockets” around the state where such conversations are being had, Moore said.

The trend could accelerate quickly in coming months during the city and county budget season, said David McPherson, cannabis compliance director for HdL Cos., which has worked with scores of municipalities across the state to craft marijuana business ordinances.

Local governments will evaluate their budgets in May and June, and that’s when many officials will begin thinking about how they can replace tax revenues lost to the coronavirus crisis.

“I think this May, June, the budget process is going to put that question on the board,” McPherson said. “Anyone that was on the bubble of doing something, they’ll say, ‘Now I’ll do it because we need to.’

“This is a reality check. That’s kind of changing people’s thought process, from that standpoint.”

He added that HdL has already heard from several client cities that want to revisit marijuana licensing in some fashion.

But McPherson also noted that he doesn’t expect a wholesale reversal of local MJ bans around the state, because many cities and counties are set against cannabis and won’t change their minds.

“It’s going to vary from region to region, city to city. But you’ll also have some other councils that say … it’s low on their priority list,” McPherson said.

Even if the trend does play out as many in the cannabis industry hope, a lengthy lag will exist between when many cities approve ordinances and licenses and when those businesses might actually get up and running. The latter could take up to a year and a half, both McPherson and Donahoe noted.

“I could see the creeping rollout to the suburbs (from city centers by the marijuana industry), as required by fiscal needs,” Donahoe said.

“But it’s not going to happen fast enough to get them the money they need (in 2020). And they should have been planning for this for months, for years.”

John Schroyer can be reached at [email protected]

For more of Marijuana Business Daily’s ongoing coverage of the coronavirus pandemic and its effects on the cannabis industry, click here.