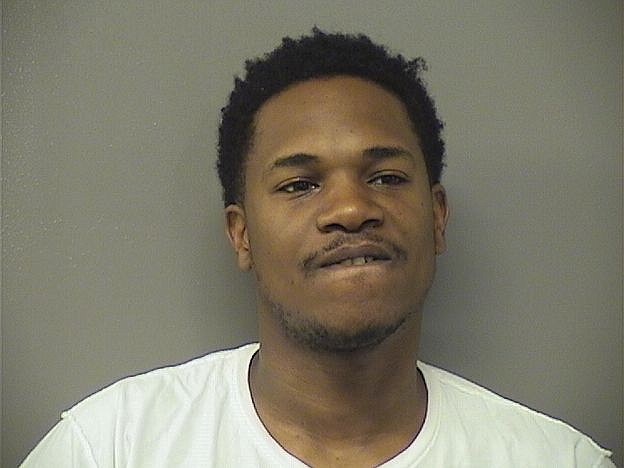 A local man was arrested on multiple felony and misdemeanor drug charges late Tuesday after cocaine, pills and marijuana were allegedly found in his possession following a traffic stop.

Rashaad Deon Scott, 23, who lists a Cenark Lane address, was taken into custody shortly before 9:30 p.m. and charged with three felony counts of possession of a controlled substance, involving crack cocaine, Percocet and an Ecstasy pill, each punishable by up to six years in prison, and a misdemeanor count of possession of a controlled substance, marijuana, punishable by up to one year in jail.

Scott was being held on a $8,500 bond and was set to appear Wednesday in Garland County District Court.

According to the probable cause affidavit, Hot Springs police Officer 1st Class Joel Crook made a traffic stop on a 2010 Ford Fusion in the 2600 block of Albert Pike Road after noting the vehicle had no license plate.

He made contact with the driver, identified as Scott, and noted an odor of marijuana coming from the vehicle. When asked, Scott reportedly admitted he didn’t have a medical marijuana card, so he was asked to step out for a search.

In searching the vehicle, Crook allegedly found a plastic container in the driver’s door panel that contained a “white crumbly substance” that later tested positive for ecstasy, approximately 0.2 gram.

Scott also had a satchel bag around his shoulders which was searched and a napkin was reportedly found inside that contained suspected marijuana and a plastic container with more marijuana, a total of 2.3 grams.

Scott was taken into custody at that point on the multiple charges and taken to the Garland County Detention Center.